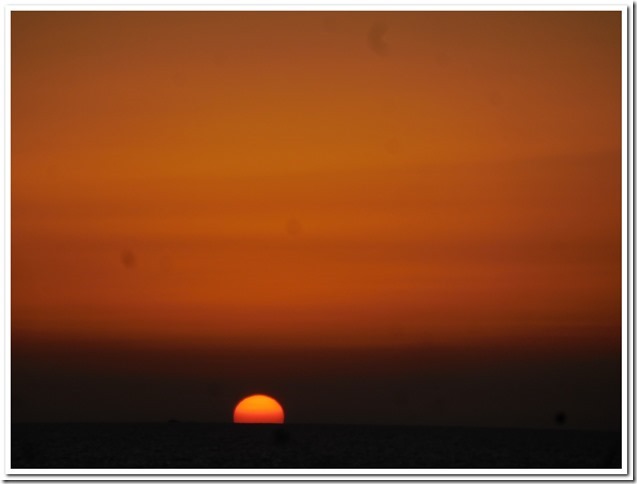 A new world will emerge after a long dark night

Whether You Believe It or Not

Vaxxed or Unvaxxed, these suggestions will help you survive
no matter what happens

Navigating the next year successfully

It's coming whether you like it or not. They will have control over you to a degree these planners themselves could not have imagined. And what can you do about it? Basically nothing UNLESS... and I will get into that shortly.

What I have to say, in many ways, has been detailed or suggested much more eloquently. by others more qualified in their particular field or knowledge. All this article will do is outline some of the specifics, and in the end suggest ways to beat the system which, as it is shaping up, will be increasingly difficult to do. The system must, in the end, fall under its own lack of foresight, ingenuity, restricted capability for solving problems, lack of empathy or compassion for life, choosing separation and death as the main modality of control instead of love and life.

We may think that the people have won, that the virus, the vaccines, the lockdowns, the separations and contact tracing has finally come to an end. However, it is merely a lull in the storm before the next wave hits, and it will be even harder. Before you close this page, and think this is just another conspiracy theory, read a little bit further on how to save yourself whatever happens.

The current drive by the system which is operating behind the scene as 'normal' is tightening control with greater focus on more effective genocide.

Where do you fit into the system?
This depends on your level in the system, and that has many gradients depending on: your race
your age
your sex
your adherence to the rules of the system (which by the way is constantly shifting)
your personal relationships
who you know
your score according to 100 different categories
whether your skill is needed or not
whether or not you are a 'conspiracy theorist
the power you may have to communicate, to have connection to others
the number of times you have deviated from the norm (which can change from day to day and in an 'emergency' can change instantaneously
where you fit in the survival of the system
whether or not someone in control likes you or not
I could go on but you get the idea.
It is like the physical body. You are part of a physical system (there is no soul, no God), and you are constrained according to the role you have been given - your desire has no bearing on what you can obtain or who you think you are - that is determined by the needs of the system. Basically, you are a piece of furniture in the encompassing social system.

If you know that you are going to die one day but in the meantime you want to do whatever will make life easy for yourself, and you don't particularly care about anyone else, and you think the vaccines are safe and effective, you might want to skip the next paragraphs and go down to YOUR SURVIVAL IN THE SYSTEM OR APART FROM IT.

It doesn't seem like it, but the world right now, in the lull of the storm March 20 2022, is a radically different world from before 2021.
Except for certain countries, the world appears to be getting back to some semblance of normal. But the people in severe lockdown countries never thought this could happen to them, and so suddenly, and NOW.

What happens if you are not needed or your score is seen as detrimental to the system? You will be locked out and basically left to die, unless you are perceived as a threat, in which case you can be/are terminated. That can be accomplished by cutting you off from food, water, etc., branded physically as 'undesirable', satellite zap, roving eliminators given your location.

What you are allowed to see on the internet is currently determined by your level and your position in the system. This is only partially true now, but every day becomes tighter and more specific. In general, what is searchable is becoming highly restrictive for everyone, but this will be modulated individually to you based on your score.

Your education will be highly prescribed according to a number of factors - principally your future determined use to the survival of the system.Mass education will no longer be modulated by your own interests, capabilities, desires to continue. Certain base levels have been predesignated and you will be grouped and 'educated', much like the Young Global Leader designation trained to be placed in the position assigned, to perform a certain role, develop a certain type of functionality in the system, or to wait until further development of the system places the individual in a key position.

You might say that this is true for most jobs today. But, this is different - you have no control to decide, to educate yourself for a desired position or field of knowledge. This is all determined for you in a number of ways. If you decide to leave, you will be told where you can go, the options you have, or more importantly, don't have, or you are terminated in a number of ways.

You will no longer be able to marry, have children (as this will be relegated to a category of selected individuals. Those who can still become pregnant depend on the formulation of the vaccines injected or the shedding from those who are close. For most women, procreation will be impossible, or if it occurs, the fetus will be aborted, still birthed, or die shortly after birth. The genetic lines will be strictly managed and most lines will be terminated.

If you are sick and determined to be non-viable for a certain length of time, or taking too many resources to make you once again operational, you will be cut off from the system, and possibly terminated.

It is becoming increasingly clear that there are different vaccines developed by the same company with different ingredients. There are at least three different mixtures within each batch: a syringe with 1. non-targeting ingredients (placebo or saline solution). 2. generalized ingredients which change significantly with each injection. 3. ingredients which will target certain populations.

YOUR SURVIVAL IN THE SYSTEM OR APART FROM IT
1. Your best survival tool is your health, regardless of who you are, your place in the system, or your overall score. In part II of this series, I will give a number of pointers which will greatly improve your overall capability healthwise to survive this period.

2. You can save water. Every time I empty a bottle of its contents, I fill it with water. This starts to pile up but during a water crisis, it is worth any space it occupies. Add to that with buckets, jerrycans with water. Have 4-5 empty buckets on hand stacked up (takes little space), but if there is even 10 minutes before the shut off is effective, you can fill all of them, plus sinks, tubs.

3. Have some money on hand. Do not put it all in one place, for obvious reasons. Even if it is no longer the currency of value, a group of friends can use it as funds for bartering, or making it 'local' currency between themselves.

4. Plastic bags (different sizes) - a thousand uses - some of which you may never have thought of until you wish you had.

5. Bug-out bag - for a long time, I thought that I didn't need one. Then providence had its way. I wanted to buy a printer, so I could print out valuable information, photocopy valuable documents as backup, take photos of stuff and print.

So I bought a simple black and white printer (color printers are always out of ink). I bought it and they didn't deliver. So, I bought a backpack with a lot of pockets, internal dividers, taped the printer to the bottom of the bag with the paper and extra ink inside, and took a taxi home.

6. Mylar special plastic sheets (emergency blankets) which are waterproof but not breathable.

7. A breathable but semi-waterproof very lightweight sleeping bag cover. You can always find material to act as blankets inside the wrap during cold weather.

TO BE CONTINUED IN PART II

A repeat of the end paragraphs of previous article
IT'S A GAME
It is the biggest game in written history - taking in the whole world.
They took in world leaders and others with a 30 year secrecy contract, when most of the current individuals involved will be gone or too old to do anything about.

They are gaming those who are willing to believe - those who fear a virus, whether it exists or not, regardless of its pathagenicity. They got the media, on which everyone depends, to play the game. And they've done a masterful job - the media as the ministry of truth - with the threat of disassociation to keep everyone aligned. And the major sources making sense of the world - no longer making sense. And the interconnected lines between us all, wrapping us so tight we are fearful of being cut loose.

But the game has a plan and an end goal.
An end goal so terrible that almost no one can contemplate it. 'No', we say, it's not happening now. What happened before in history was always led by those who knew full well what they were doing. But now? They are trustworthy, operating on normal give and take sequencing - calling nothing into question as to an alternative motive, although detailed by those we pay little attention to, or those we thought could not mean what they say. And in any case, they are not showing us what is going on behind the scenes or being displayed so sporadically that we do not put it tall together to assign a single cause.

You ask, what is the end goal? What would they get out of it. Certainly it's not money. No, it's not money, although that is what they want us to think, after the altruistic part fades in that which we were given and would likely not have bought in the first place - especially for those who were in the cross hairs. And then they refused to assume responsibility for any damage caused by their gift. No, it is something else. Can you guess what that might be?

I want to tell people, but no one wants to listen.
I don't have the stature of those who are pushing the plan.
Who am I to think what I see is correct when almost no one else sees?

But I'm not wrong.

And when everyone finally wakes because the endgame starts to arrive in tsunami form - then it is too late.

And I weep for all who have covered yourselves to keep from the drowning tide of evil as it sweeps across the land.

We will lose everything because we did not believe that anyone could do something like that.

To lose all - our lives, our children, our ability to produce a new generation, our wish to create and dream, to see the Milky Way and believe that someday it will be within our reach in our love and caring - reaching out to the universe.

This site is not affiliated with any of the sites or institutions on this page.
The site is provided as a public service.
You agree that you use its material at your own risk.